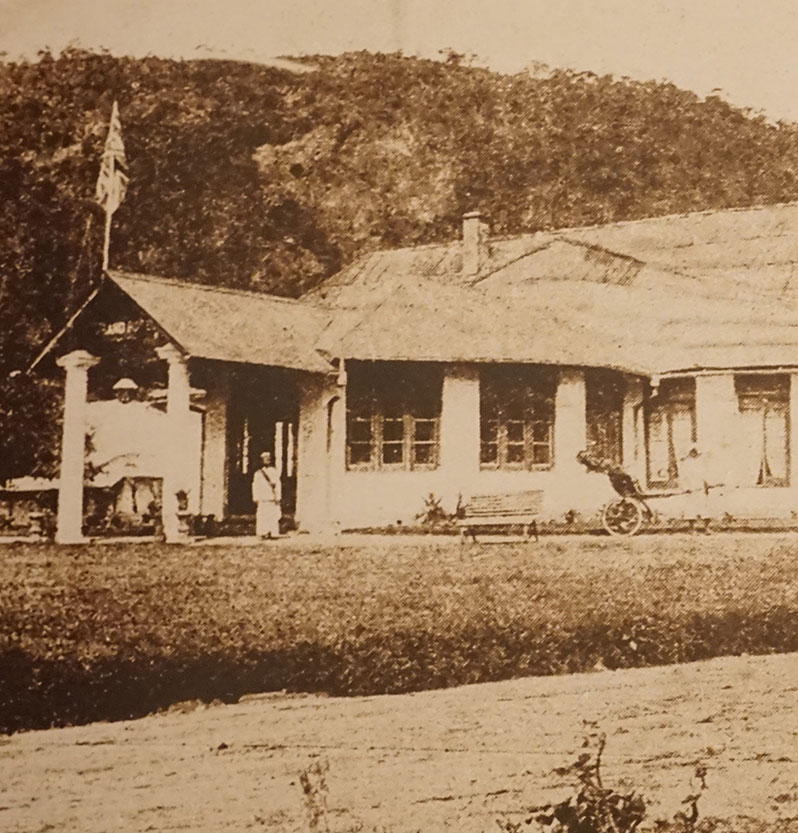 The 1990s saw The Grand Hotel bestowed its title of a ‘National Heritage Property’, by The Archeology Department of Sri Lanka. This prestigious label represents the value placed on the decade Grand Hotel, Nuwara Eliya as both a historic building, as well as a place that holds a deep historic and cultural significance for Sri Lanka, worthy of preservation.

Prior to its discovery by Dr.John Davy in 1819, Nuwara Eliya was already home to an illustrious history that showcased ruins of ancient irrigation systems and stone inscription that dated as far back as 900 and 1000 AD. Nuwara Eliya, or the “ City of Light “, has deep roots as apopular Royal Township.

It was the early 19th century British Planters who made plans to make this little valley, a home away from home for themselves. Privy to it all, at the heart of the merry-making, romance and history, stands the best hotel in Nuwara Eliya – The Grand Hotel.

In 1819, Sir Edward Barnes, adjutant to the Duke of Wellington at Waterloo arrived, at the shores of this tropical island, as the fifth Governor of Ceylon. During an Elephant game hunting party led by Dr John Davy, news of this “ City of Light’s “ 36F climate reached Sir Edward Barnes. His intrigue led him to visit the province, and his enchantment with the beauty of it led him to commission the roadway to reach Nuwara Eliya, making it more accessible to residents of the island. Gradually converting this charming misty mountain village, to a model British village.

It was a mere two years later, in 1828 that he fell deeply in love with the beauty, culture and serenity of this island nation and began building his holiday home – Barnes Hall. This holiday home has now become the regal mansion known as The Grand Hotel, Nuwara Eliya, Sri Lanka.

Sir Barnes’ time in Ceylon was short lived as in 1831, at the request of the crown he left for Britain leaving behind his beloved home in the hands of his successor, Sir Robert Wilmot-Horton, vowing to return. But alas, Sir Barnes never did.

Since this change of hands, The Grand Hotel has seen expansion and improvement throughout the decades. 1892 saw the expansion of The Northern Wing, now referred to as the Governor’s Wing; 1904 saw the addition of a second floor to the Governor’s Wing and the addition of the Southern Wing, now referred to as the Golf Wing; 1930 saw the construction of the third storey with its architectural Tudor facade; and the naming of its main restaurant, Barnes Hall, after its original owner.

However, throughout the years, The Grand Hotel has welcomed a slew of notable guests and dignitaries, including, Lord Mountbatten, Duc d’ Abruzzi (cousin of the Italian Sovereign), Leopold of Saxe-Coburg-Gotha (nephew of King Edward), the Grand Duke of Saxe-Weimar, Prince Reuss XXXII, the Maharaja of Kapurthala, Marshal Tito of Yugoslavia, as well as Sir Thomas Lipton.

It was in 1954 that her Royal Majesty, Queen Elizabeth first visited this regal mansion, on an Easter Sunday, to enjoy a cup of fresh Ceylon tea during her visit to the island. It was from there on that her Majesty fell under the magical spell of Sri Lanka, and became a frequent visitor of the Grand Hotel, Nuwara Eliya. Whiling away her evenings in privacy and serenity, the Grand Hotel continues to be a favourite retreat for the British Royal Family.